26 Things Media ISN'T Telling You About the Real Estate Market

Like the viewing or reading public is made to believe, I too thought that the US's Real Estate market is fighting tooth and nail for revenues. An article from TREB dispells this "truth." 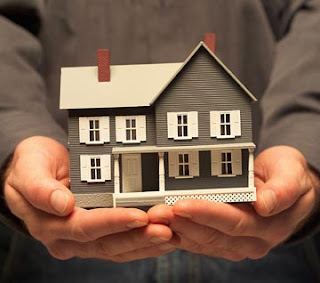 ‘Home sales continue to decline as the housing bubble bursts….’

‘Is the real estate market hitting a recession? Find out tonight at 11!’

Sound familiar? Those are just a few of the headlines that have been thrown around by the media lately. In a time where people are very much influenced by what’s in the news, it seems a bit irresponsible for the media to be feeding the housing panic with such gloomy headlines.

Of course, the media isn’t the only channel to blame - consumers, speculators, politicians, real estate professionals, the economy and a ton of other factors all have a hand in the state of the market. And the majority of them are being pretty pessimistic about the whole thing.

What they don’t seem to get is that pessimistic speculation can hurt the market just as much as tangible factors such as mortgage rates, employment rates, etc. The fact is, the strength of the U.S. economy, while relying on many different factors, also relies heavily on the sales industry in general and sales people specifically.

That’s right, when it comes right down to it, sales people are a driving force of our economy. An analogy may help in this case: say suddenly, all over the country, sales forces in radio advertising just stop working. No more prospecting, no more aggressive sales calls, nothing. What would happen? The radio advertising industry would plummet, crash, grind to a halt - mostly.

The bottom line is, there are many factors contributing to the appearance of a housing market crash, when in reality, the majority of the market is just leveling out and still making positive gains in value. You cannot generalize the real estate market of the entire country and expect to be accurate with your findings.

It’s time for the media to quit all the doom and gloom reporting, even if it gets more ratings than fluff stories; for the lazy agent to quit whining that there’s no work to go after; and for everyone to realize that what we’re REALLY seeing across most of the country is simply the leveling out of a major housing boom.

Don’t believe it? Check out these 26 facts you AREN’T hearing or reading through mainstream news media.

Our first 7 facts come from a government study done by the Office of Federal Housing Enterprise Oversight:

1. Coincidentally, the 3 states that have had the sharpest decline in home sales & prices are also 3 of the states that experienced the biggest booms (sharpest appreciation) during the early 2000s - California, Florida and Nevada.
2. Over half of all metropolitan statistical areas (MSAs) are showing price appreciation each quarter.
3. Of the 20 ranked cities with the greatest price declines over the latest four quarters, all but one (Las Vegas-Paradise, NV) are in California or Florida.
4. Only 15 out of 50 states have shown any actual price decline in the past year. The rest still show modest appreciation in home values.
5. Only 3 states have shown significant price declines from the first quarter of 2007 to the first quarter of 2008.
6. There are still many areas showing 5% or more appreciation over the past year, including but not limited to Bayou Cane LA with 11.22%, Wenatchee WA with 8% and Idaho Falls ID with 5.06%.
7. The type of annual appreciation we’ve seen since 2005 (ranging from 1.8% to 3.7%) is similar to the type of appreciation the U.S. experienced in the mid to late 90s, right before the real estate boom.

Let’s look at some other facts:

8. A “boom” in economic terms means a period of unsustainable growth - with the term unsustainable being the keyword. In the real estate world, a boom market is considered one in which prices have risen over 30% in 3 years, while a bust market is one in which home prices have dropped by at least 15% over a 5-year span. By that definition, very few markets are experiencing a bust. It is more likely that prices are simply bottoming out from the big boom. (According to the Federal Deposit Insurance Corporation.)
9. Rural land is much more valuable due to rising food costs, demand for corn-based ethanol, and city-folk desiring to get away to the country.
10. Demand for big boat docks is so high that having one in your backyard can double your property’s value. A dock that sold for $700,000 in 2004 sold for $2 million last year. (Facts 9 & 10 are courtesy of June Fletcher over as the Wall Street Journal.)
11. Areas that did not experience skyrocketing home values during the big boom (like Houston TX) still have hot real estate markets. Agents in Houston give the market a 3.5 on a scale where 1 means prices are falling hard and 5 indicates prices skyrocketing.

Our next 7 facts come from the National Association of Realtors (NAR) and from their Chief Economist, Lawrence Yun:

12. A recent online study shows that nearly a quarter of potential homebuyers are waiting for the right time to buy - if something can spur the group on as a whole to start buying, it could be just the push the market needs to take off again.
13. The national median existing-home value for all house types is down 6.1% this June from June 2007, however, there have been way more short sales and foreclosures this year than last, which skews the numbers and makes it impossible to do an apples to apples comparison.
14. The average 30 year, fixed-rate mortgage is still lower than it was in June 2007 (meaning it’s still a smart time to buy).
15. Many markets are seeing home sales double from last year - like Colorado Springs CO, Sacramento CA and Spartanburg SC.
16. It’s still a very attractive market for buyers, with large inventory, attractive interest rates and sellers willing to negotiate.
17. Housing affordability is likely to improve by 15 percentage points to 127 for all of 2008, according to NAR’s housing affordability index.
18. Our economy is not headed into recession - not yet anyway. The gross domestic product (GDP) growth is forecast at 1.6% for 2008 and 1.4% for 2009 - not spectacular growth, but still positive gains.

To be fair, some media outlets ARE posting positive news about the market, with CNNMoney.com being one of the biggest contributors. According to several stories on their site:

19. June’s home sales may be down a bit (a little over .5%) but it still came in well above economists’ predictions - meaning things aren’t as bad as people think and the market is much stronger than many professionals believe.
20. The housing inventory is lowering slowly but surely - June came in at a 10-month supply, while May’s numbers showed a 10.4-month supply.
21. Most of the decline is seen around 2 main types of markets: weak, industrial economies that are under pressure from the struggles of the Big Three automakers; and the areas that were previously part of the biggest boom markets.
22. A third of the market still shows significant gains in pricing (such as Binghamton NY) and in general the Northeast is still seeing home value increases.
23. Surprisingly the Condo market is booming - just not in the area you might expect. Condo values in Bismarck ND rose a whopping 36.4% compared to last year.
24. A housing rescue bill is being passed around the Senate (having already been passed in the House) that will allow thousands of at-risk borrowers to refinance their old, unmanageable mortgages into low-cost fixed-rate loans insured by the Federal Housing Administration (FHA).

And our last 2 significant facts:

25. Many real estate agents are helping to fuel the supposed ‘market bust’ by giving in to fear and worry. They believe what the media and politicians are saying and are simply giving up, using the excuse that ‘the market’s no good.’ If agents’ were out there working hard, cultivating prospects and persuading people to buy or sell, the market would show definite improvement.
26. Somehow, even though the residential real estate market is apparently ‘in shambles,’ there are still agents doing nearly $750 million in real estate transactions (congratulations to Dolly Lenz) while in 2005, with the market still in boom mode, the highest sales volume only hit close to $250 million (by Mr. Harald Grant). If the market was really as bad as they say, Dolly wouldn’t have been able to hit those kind of numbers. (courtesy of The Wall Street Journal’s 2007 Real Estate Top Professionals).

There you have it - 26 little known facts the media’s not hot to spread around. While the state of the market isn’t the media’s fault (at least, not ALL their fault) it’s important for the news media to be aware of how their reporting can affect the U.S. Just as it’s an agent’s responsibility to be aware that if they give up on aggressive prospecting, they’re also adding to the problems of the real estate market.

The bottom line is that the market isn’t nearly as bad as everyone says. It appears that Americans took the boom for granted, and just can’t cope with leveling prices. It’s just about time for the media, the agents, and the government to step up and shine a little ray of hope onto the real estate world.

This guest post was submitted by Ashley White who works in in the real estate marketing industry.

Posted by House of Onika at 7:53 AM
Email ThisBlogThis!Share to TwitterShare to FacebookShare to Pinterest
Labels: News, Tips