The Beauty of an Unfinished Home in Zurich

Zürich. The city is Switzerland's main commercial and cultural centre (the political capital of Switzerland being Bern), and is widely considered to be one of the world's global cities. According to several surveys from 2006 to 2008, Zürich was named the city with the best quality of life in the world. 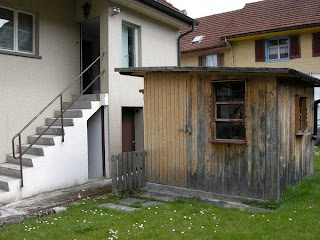 Posted by House of Onika at 7:33 AM
Email ThisBlogThis!Share to TwitterShare to FacebookShare to Pinterest
Labels: Home, International, Switzerland