CITYPLACE: The New Face of Chinatown

Amidst the trouble it had with its city mayor, Cityplace is in full speed.

Megaworld to put up P7.2-B mixed-use complex in Binondo.

Upscale real estate developer Megaworld Corp. has signed a deal with the city government of Manila to develop a 4.6-hectare property in the Binondo district into a mixed-use project estimated to cost P7.2 billion. This marks Megaworld’s first venture in Manila.

Click "Read More" to read the rest of the entry.

In a disclosure to the Philippine Stock Exchange, Megaworld said the first parcel of land will be developed into a modern educational complex comprising six school buildings and 414 residential units for public school teachers and non-teaching personnel of the Manila City government.

The second parcel is intended for a self-contained residential community to be called Cityplace, which will comprise more than 1,700 residential condominium units, a shopping center, office space for business process outsourcing (BPO) firms and a boutique hotel for business travelers. 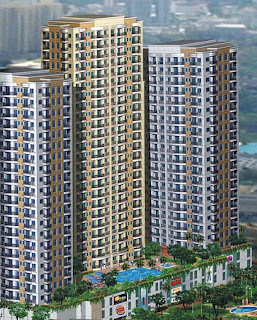 The hotel, along with a centerpiece promenade accessible to residents and open to the public, is envisioned to help establish Binondo, Chinatown as an important tourist destination.

Development of the whole project is expected to be completed over a five-year period. It started in 2006.

The educational complex was completed last year while the residential units are due in 2011. 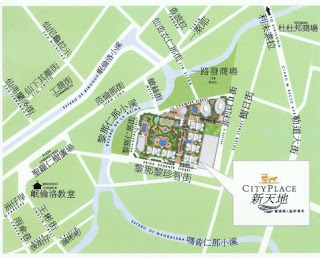 Megaworld chairman and president Andrew Tan said the project will be the largest real estate development in Manila over the past 25 years. It will also pay tribute to Binondo Chinatown as a melting pot of Malay, Spanish and Chinese influences.

"Our plans for this themed development include creating new green parks for the benefit of people living and working in Binondo, constructing a public car parking facility and building new by-pass roads and pedestrian overpasses to make the project environment and pedestrian-friendly.

We have pioneered in urban renewal and redevelopment in Metro Manila’s key cities such as Makati, Quezon City and Mandaluyong City and we intend to put this expertise to energize Binondo Chinatown and take it to the next level as Manila’s premier growth center to help move the country forward," Tan said.

Megaworld Corp. is setting aside P47 billion over a 10-year period for the development of new residential projects, office buildings for BPOs, and retail outlets.

Around P20 billion of the programmed capital budget will be channelled to the construction of office buildings catering to the needs of call center companies or BPO firms and the acquisition of additional properties to expand rental income.

To take advantage of the continued robust growth of the call center business, Megaworld will build around 400,000 square meters of BPO-ready office space over the next five years in Eastwood City, Mckinley Hill and Newport City.

For this year, Megaworld is building two call center buildings. Once completed, these structures would raise the company’s BPO leasable space to 105,000 square meters. 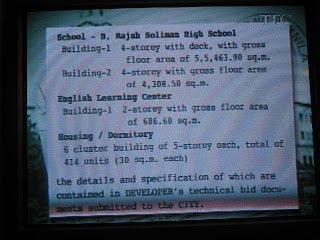 Among the big-ticket township or residential projects of the company include the 50-hectare McKinley Hill in Bonifacio Global City, the 25-hectare Newport City near the Villamor golf course in Pasay City, and Manhattan Garden City in Araneta Center, Cubao.

Apart from property development, Megaworld is also into hotel operations through Prestige Hotels & Resorts Inc., a subsidiary which operates the Richmonde Hotel in the Ortigas Center.
Posted by House of Onika at 1:55 AM
Email ThisBlogThis!Share to TwitterShare to FacebookShare to Pinterest
Labels: Binondo, Cityplace, Development, Megaworld