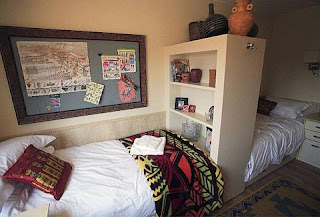 The school - in the small town of Henley-on-Klip south of Johannesburg - cost $40m (£20m) to build… The academy selects girls whose family income is less than $700 a month. The Oprah Winfrey Leadership Academy will eventually cater for 450 girls who show outstanding promise but whose families cannot support their education. The school incorporates 28 buildings, across a 20 hectare (50 acre) site, with hi-tech classrooms, computers and science laboratories… "When I first started making a lot of money, I really became frustrated with the fact that all I did was write cheque after cheque to this or that charity without really feeling like it was a part of me," she told America's Newsweek magazine. "At a certain point, you want to feel that connection," she added. The problems that arose at Oprah Winfrey's South African Leadership Academy for Girls are still haunting the talk show queen.

On Friday, Nomvuyo Mzamane (the school's former headmistress), who was terminated when the abuse charges at the school came to light, filed a lawsuit against O.

Mzamane is attempting to 'salvage her professional reputation' by suing in Philadelphia civil court.

Papers filed say Winfrey "launched what amounted to a defamatory campaign" against Mzamane late last year by implying that Mzamane is "untrustworthy, failed the students of the academy, did not care about the students at the academy, knew of alleged physical and sexual abuse at the academy and participated in a cover-up of the alleged abuse."

Mzamane has said there was no cover-up at the school and she knew nothing about the allegations.

She was supposedly on a business trip in the U.S. when she found out about the abuse.

Also, Oprah is not the only one named in the lawsuit.

Arianna Huffington's blog, the Huffington Post, is also named as a defendant.

The suit filed is asking for a quarter million dollars, plus damages. -via PH

Posted by House of Onika at 1:12 PM
Email ThisBlogThis!Share to TwitterShare to FacebookShare to Pinterest
Labels: News, Philantrophy