UK Opens New Embassy in McKinley Hill at The Fort 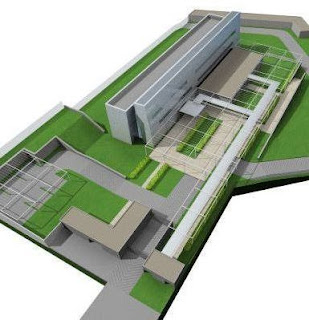 A sleek, new, state-of-the-art and environmentally-friendly embassy has been inaugurated by the United Kingdom to mark British-Philippines Friendship Day as proclaimed by President Gloria Macapagal-Arroyo.

The new British embassy in McKinley Hill at The Fort was formally inaugurated by Foreign Secretary Alberto Romulo and British Ambassador to the Philippines Peter Beckingham.

Members of the diplomatic corps, business, government and Philippine-British community were present.

In his statement, Beckingham said the inauguration was a celebration of the nearly two centuries of diplomatic relations between the two countries which started with the arrival of the first British consul to the Philippines in 1844.

He said the British engineering expertise that was on display at the inauguration was not new to Filipinos.

Click "Read More" to view the rest of this entry and more photos. 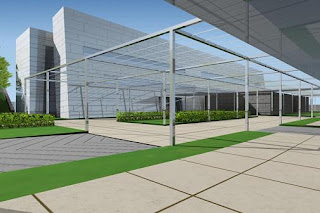 Computer rendering of the UK Embassy

British engines sparked the unprecedented growth of the sugar industry, especially in Iloilo and Negros, he added.

For his part, Romulo lauded the British government for building a beautiful example of modern international design. 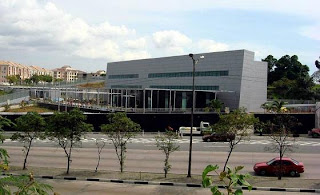 “This action reflects utmost confidence in our country and leaves no doubt that our friendship is anchored on solid ground,” he said.

According to Beckingham, the relationship between the two countries has never been stronger. He said that UK energy, financial and retail interests were set to expand still further in the Philippines, and there was a growing British presence in the booming business process outsourcing (BPO) sector.

"We are pleased that ministers from both governments have agreed to the start of formal official talks, which we hope will begin early next year. I look forward to seeing a number of key Philippine stakeholder organizations in Britain next year, and welcoming more British companies to this exciting country," Beckingham said. -via inquirer
Posted by House of Onika at 2:00 AM
Email ThisBlogThis!Share to TwitterShare to FacebookShare to Pinterest
Labels: Embassy, Fort, Mckinley Hill, News, Taguig

One of the new office space in fort bonifaciis the Mc Kinley Hill. I learn a from this article.