Where is Ikea located in the Philippines

Back in 2006 we had our very first visit in an Ikea store in Singapore. It was like our baptism to Ikealogy. Ever since we were in search of stuff in the Philippines that is as kitsch and chic as those we saw in Ikea Singapore. There were a few in SM or other department stores but we were giddy at the thought (to the point of using The Secret) of having our very own Ikea store here in the Manila. All 5 floors of them full of beautiful, european-like but affordable stuff.

Luckily, after our further probing we found three stores that are selling real Ikea stuff. Not a the real Ikea stores but I think we're getting there.

We have one in Palanan, Makati and two in Quezon City (New Manila and Kamias Road). 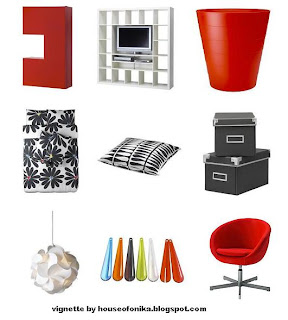 Click "Read More" for the complete addresses and their corresponding websites.

This is a FAKE IKEA!!! Do not go.
Do not waste your gas. This is a middle man who resells IKEA gear for over the normal price. They go with the name Mobiler.

It is not like the IKEA in other countries like in the U.S. or China or even Europe.

4977 Enriquez Street is a small area on the 3rd floor.

You have been warned. It is not a large lot. It is a tiny floor on the 3rd with over priced re-sell IKEA gear.

Avoid at all costs, unless you really want to pay expensive IKEA gear.